First of all I want to say a HUGE THANK YOU to Nordstrom’s customer service. I first ordered the Copper Face Compact & Sweet Bronze Pigments & Glitter Kit online when it launched early. However, I was one of those people who received an email 5 hrs later saying that the Copper Face Palette wasn’t actually available and therefore that item was cancelled off my order. I was SOO upset, because I’ve been wanting Whisper of Gilt and MAC doesn’t have set times for release, it’s East Coast Time, and it’s usually on a day that I have to work so I can’t just stay up all night / not know what time to wake up to snag one. Not only that but their in-store launches are ALWAYS while I’m at work. This time I happened to wake up in the middle of the night and couldn’t sleep and saw that it launched, so I snagged it on Nordstroms. Needless to say, when I saw it was cancelled, I wanted to CRYYYY. Even worse, I was going to be out of the country when it launched in stores, but in back in the US when it launched internationally. So I called Nordstrom and asked if there was ANY store left in the US with the Copper Face Palette for pre-order (all the ones near me were sold out of the pre-sale) and could ship to me. They managed to find one at the Nordstrom Flagship store in Seattle, and I was able to pre-order it there (which was great because I was going to be back in Seattle a few days after the launched). They were more than happy to hold it for me until I was able to pick it up or mail it to my house if I didn’t make it to the store before I had to head back to LA.  Anyway, the point of the story is that Nordstrom’s customer service is amazing, and don’t be afraid to call them.

Here are some swatches for you: 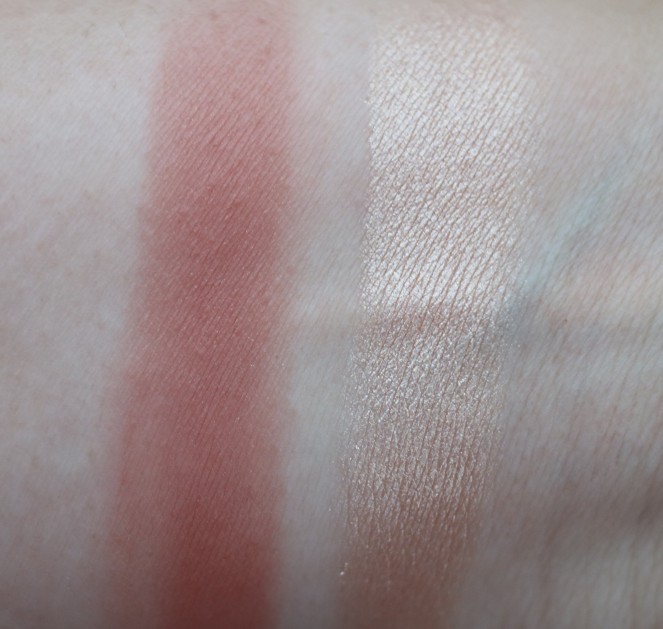 This is the Copper Face Palette. Left is the Blush in Pleasure Model. It reminds me of Becca’s Terracotta (in the split pans) and I LOVE this warm Terracotta shade for Fall and Winter. The right is Whisper of Gilt, and that shine is intense. It was cloudy, foggy, and still darkish outside and it still has a ton of sheen to it. Gorgeous! The formula on both are typical MAC formulas. They’re pigmented and silky. 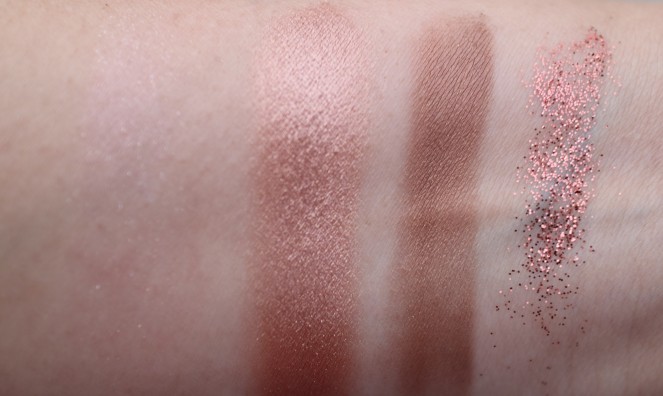 This is the Bronze Pigments and Glitter Kit. Left is Sugar Rush, which is a VERY pale white/pink pigment with micro glitter. It’s hard to see from the picture because there was no sun out, but it’s actually really pretty. (I’ll reswatch it again when the sun comes back).  Next is Stardream. I love this bronze-y almost copper ultra shimmer color. Then it’s Handsome Prince, which is more of a true bronze color. I always like a good solid bronze. Last is Reigning Riches and reddish copper glitter. Not gonna lie, this may never get used. I love the color, but I’m not a fan of glitter other than to do like avant garde style makeup. MAC pigments are seriously amazing. You only need to use the TEENIEST amount of product and you get SOOO much out of it. The only thing is loose pigments are difficult to work with without getting fallout, but it’s not difficult to clean up.

Did anyone snag any of the other items in the collection? If so link me the post! I would love to check it out!!

One thought on “MAC Nutcracker Sweet”