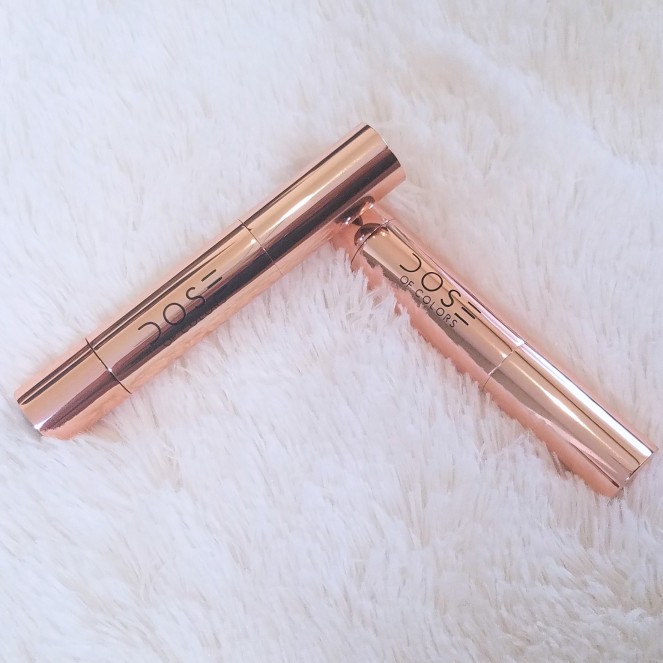 I’m not gonna lie, my immediate reaction when I saw these was I NEED THEM ALL!! However, before I had a chance to swing over to Naimies to get them, the Mint For You collection had come up which I bought most of, and then Desi & Katy had announced their collab with (at the time) a secret company. Considering how close they are with Anna, I was pretty sure it was going to be a DoC collab. So thinking about how much I was going to spend just with DoC I decided to slowly build the collection.

I decided to start with Cinnamon Swirl & Toast because they’re colors I would use every day. When I initially swatched them at the store, Cinnamon Swirl almost looks like a creamy formula, but when tried at home on my arm & lips, it’s definitely a satin formula. See swatches below:

These lipsticks are pretty, the formula reminds me of the UD matte lipstick (not liquid) formula, which I LOVE and the shape of the bullet is actually really easy to use to apply. I was worried about that at first. My ONLY complaints are that I don’t love how long the tube is because I feel like it’s a little too big for me to want to carry around, and the lipstick doesn’t twist all the way down, so there’s always a chunk that’s sticking out. If you look at the 2nd picture, that is how much it’s constantly sticking out and I have really not steady hands, so putting the cap back on, I’ve already nicked the lipstick a few times. Also, I twisted it all the way up, and there’s not a lot of product. Considering they retail at $17, it might not be the best investment. I would repurchase these, though, and probably get a few more colors. I do get [I think] a 30% discount on these products as a certified makeup artist, but I think I would buy the unique colors at full price because I do love the formula. I have basically all of the UD matte lipsticks in their old packaging and I they don’t have one like Cinnamon Swirl and I am BEYOND obsessed with that color. I do wish they would repackage these though, just so that at very least it doesn’t stick out the top. I can get over the larger tube & I love the rose gold color, I just have OCD and nicking the lipstick makes me so sad. Have any of you tried any of the other colors? I definitely want Fudge and Lava Cake next.

2 thoughts on “Dose Of Colors Lip It Up Satin Lipsticks”