I went to Nigel’s awhile ago and snagged these for a mermaid project that I was going to do, but got a little too busy. I only recently had a chance to dig them up again (they got lost while moving) and swatch these for you! 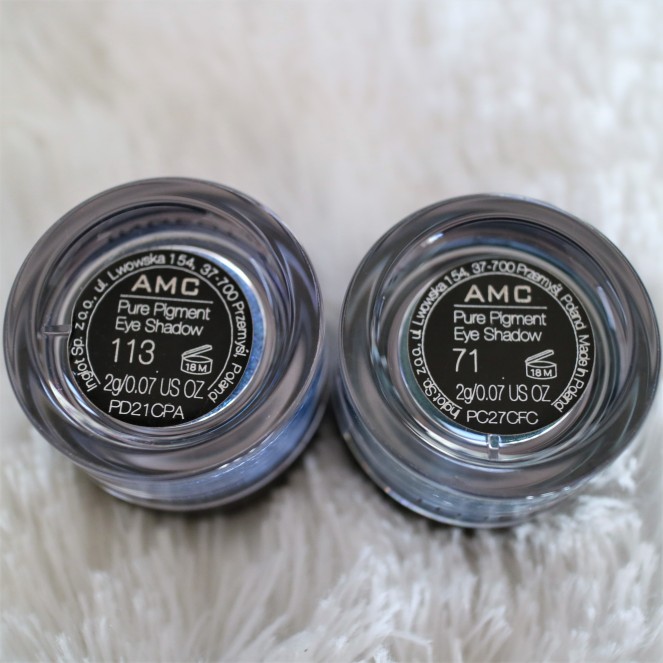 They don’t have names, just numbers, but I accidentally flipped the sides when I swatched them so the swatches below are 71 on the left and 113 on the right. 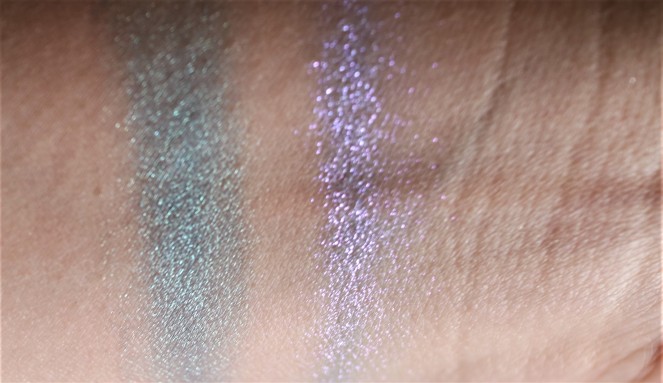 It was really hard to get a good picture of the duo chrome shift, but both of these are SOOO pretty and really pigmented. 71 is a foiled green-blue with a yellow/gold shift and 113 is a blue with a slight green shift and a TON of pink sparkles. It tends to look purple-y (because blue and pink…), but when it moves, it’s GORGEOUS. 113 is definitely considered a sparkler type pigment, though. These can be mixed with a medium such as Duraline or the Mehron Mixing Medium to make it a liquid shadow which would REALLY bring out the duo chrome. If only I could find my Duraline.

I’m feeling really inspired by these colors and might still do my mermaid look or something else. Stay tuned!!