Desi Perkins (yes I’m basically obsessed with her and Katy) recently announced/unveiled her new Quay collab and I was STOKED. I don’t normally like sheer sunglasses (I’m a full believer in the darker the tint the better), but her new collections was soo pretty that I decided to do a music festival look inspired by one of her new sunglasses (I can’t find a picture, but when I find it I’ll insert it)

This is the final look I ended up with, but I do wish I had changed up a few things, but my eyes were irritated. Details on that below. 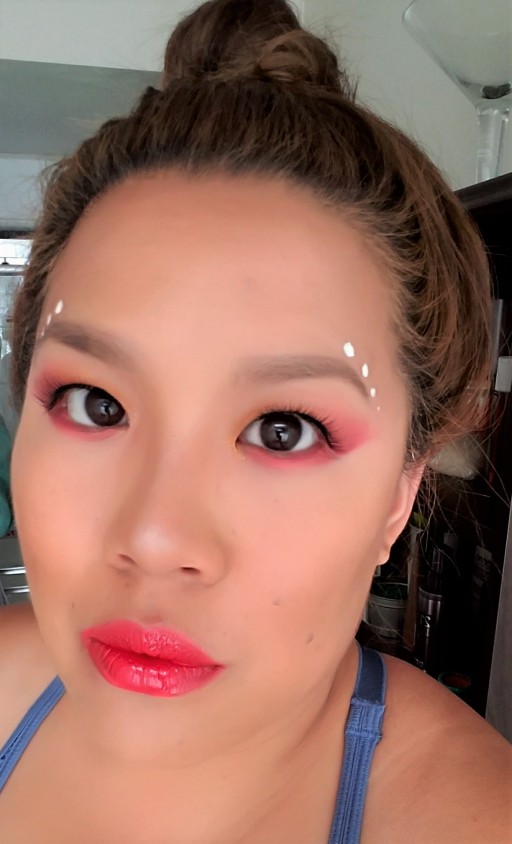 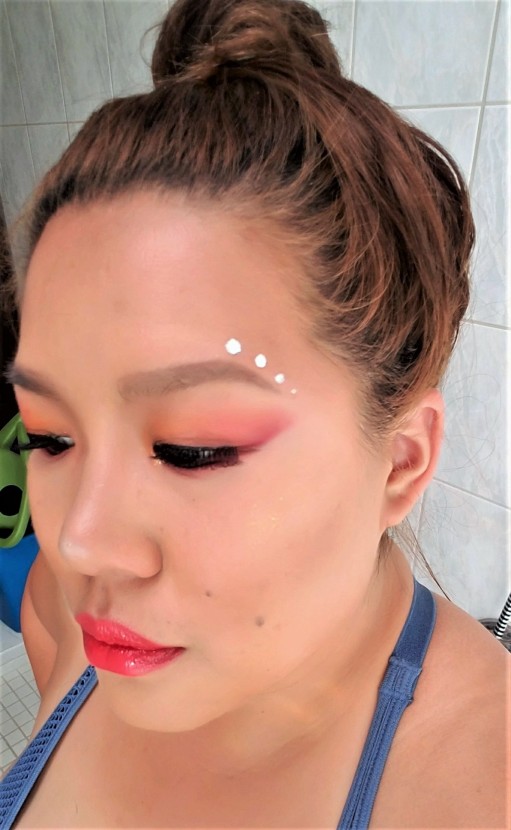 I used the NYX Ultimate Shadow Palette in Brights to create this look. I don’t really recommend this palette if you have sensitive eyes because before I could even finish the rest of my makeup, my eyes were irritated and watery and they stayed that way for the past two days. It was really frustrating and I know it was this palette because everything I had used was stuff I’ve used a million times. If you have the UD Electric Palette or the Melt Cosmetics Radioactive stack, you could easily use those instead.

The inner corners (and top of my cheek bones) I dabbed Grabtobian’s Glitter Glam in Coral Fire. I LOVE these glitters so much, but I was having a hard time getting a picture with them because it was kinda cloudy out and I was fighting the light already.

The white dots is Kryolan Cream Liner in Snow, but any white cream / gel liner will work. I did also dabbed a TINY bit on the tip of my nose as a highlight.

My lashes are Red Cherry Lashes #747S. I do wish I had gone with a fuller lash (like these), but I was afraid you wouldn’t see the actual makeup.

Lips is Ofra’s Liquid Lip in Sunset Beach topped with a clear gloss, but I do wish I had gone with DOC’s Campfire instead. This was a LOT brighter than I was going for, but at this point I just wanted to take pictures and clean my eyes.

My eyes are starting to feel better today, so I think I’m gonna work on a few more festival looks, because I’m feeling extra inspired.